The Connie Hilgert Education Grant Fund was established through the generosity of Connie’s family and friends and pays tribute to our very special former member. Connie’s more than 80-year association with the Weavers’ Guild of St. Louis (WGSL) began in the early 1930s, when she joined the 8-year old Guild as a young student. She began her study of weaving under the expert tutelage of Sara Mattsson at the St. Louis School of Fine Arts at Washington University and continued to learn throughout her lifetime by taking additional classes and workshops in the United States and abroad. During her professional weaving career as director of the St. Louis Area Weaving Project of the depression-era WPA, she supervised the weaving of a blanket for the Missouri Exhibit at the 1939 World’s Fair in the city of New York. Her award-winning “1840s Weaver’s Cottage” with its miniature scale weavings, baskets, furniture, and even a warped loom is, in itself, a lesson into a special area of early American history.  This diorama now resides in the collections of the Missouri History Museum. Connie passed away in January 2015 at the age of 103, and her undiminished wit and mental acuity, plus her lifelong love of fibers and traditional weaving will continue to awe and inspire friends and Guild members, even those who heed a less traditional muse.

In recognition of Connie’s love for weaving and her expertise therein, at least three Education Grants in Connie’s memory will be awarded. Intermediate or advanced weavers who are WGSL members in good standing and, in accordance with the Guild’s standing as a 501(c)(3) organization, non-members, are invited to apply for a Connie Hilgert Education Grant. 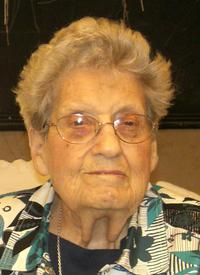