​When Helen joined the Guild in the early 1950s, only accomplished weavers were allowed to attain full membership; Helen achieved that status within just a few months after joining. In the 1970s, after a by-law change to allow other fiber artists into full membership, she supported the new, non-weaving members and actively participated in the activities they introduced into the Guild’s repertoire. Helen’s participation in crafts organizations extended beyond the St. Louis area and included American Craftsman's Council, Missouri Craftsman's Conference, and the Midwest Weavers’ Association. Her work was shown in local and national exhibits and, in 1957, she won three ribbons at the International Show of the Women's Institute in New York.
In 2010, Helen was honored for her contributions and service to the WGSL, and now her friends, family and fellow weavers remember her with this award for weavers sharing one of her true passions—tapestry.

The first Helen Wenzel Award for Handwoven Tapestry was presented at the Fiber Focus 2015 exhibit held at Art Saint Louis, August 8 through October 8, 2015. 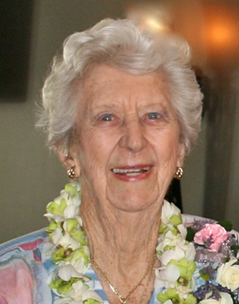 Helen Wenzel was a multitalented weaver of textiles ranging from fashion fabrics to tapestry. She was also a Lifetime Honorary Member of the Weavers’ Guild of St. Louis (WGSL). In her almost 60 years of membership, she served in many capacities from President to committee member to just helping out when needed. Throughout the years she participated in many WGSL-sponsored activities, including the annual holiday fashion show where she modeled her stylish and well-crafted garments with her usual elegance and grace. She was an inspiration to the members of her Tapestry Study Group for her technical expertise and artistic creativity, as well as for her loyal support of the group and its endeavors.